We tracted during he Super Bowl yesterday. It was great because people were actually home, but bad because they got mad at us for interrupting the game. But in their hurry to get back to the TV they were willing to take whatever pamphlet we gave them haha. Everyone here hates the sea hawks so they were pretty bummed. Also this weekend was stake conference and one of the speakers made a joke that he is fully convinced that the Second Coming is going to happen on a Super Bowl Sunday. Hahah. I thought it was pretty funny.

Ready for a surprise.....?? I got my ears pierced this week!! They had these self pierce kits at Walmart so I bought one and Sister Allen pierced my ears in the bathroom. It was hilarious. She did a great job though. They're even and everything. I think it makes me look a little more mature if I might say so myself. It was a pretty exciting moment.

I've been Skype-teaching Berto and honestly it's what I look forward to all week and helps me survive the rest of the week. He's a sweetheart. I invited him to start reading the Book of Mormon and maybe he didn't understand me! or maybe he just really liked it, but I invited him to read the first chapter if Nephi, but he read the entire book of first Nephi. So that was beyond awesome! I skype with him a couple times a week and he says he's not interested in being converted, but he's keeping commitments and progressing so that's super awesome. He said if I'm ever in Rio I can stay with him. Then I told him y'all might pick me up from Brasil and he said y'all could stay there too and he'd show us around and stuff. I seriously love him, not like romantically he's like 46, but he has such a good heart and always makes my day.

We got an awesome phone call from this little girl in our ward this week. She told us she shared the gospel with her friend and gave her a Friend magazine. It was so cute!! I may or may not have made a deal with the primary kids that if they come up to me and tell me about a missionary experience they had I would give them candy...

Not much else to report on. Still working hard. I'm trying to incorporate português more in my day, cuz I've had the mentality of just keeping what I learned at the MTC, but I want to keep progressing and Berto really helps with that. I love it here, but I'm getting ready for Santos anyway.

Also, my new favorite story in the Book of Mormon is the Anti-Nephi-Lehis in Alma 24-26. That called exceeding faith! I'm working on that too. I need to have more trust in The Lord, and I think the only way I'm going to accomplish that is by being more humble, which I've come to learn is very hard for me. But I'm working on it. 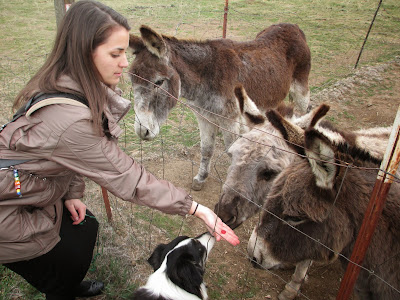