From greenie to trainer via specific prayers 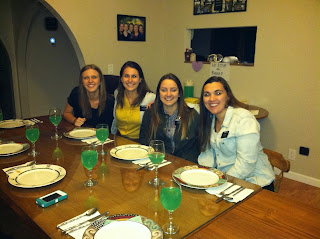 Wow! What an unexpected week! On Monday we had a zone barbecue and had the opportunity to teach a woman named T. She was really nice but probably did a lot of meth... But we had the chance to share with her the restoration and teach her about the book of Mormon. Then just the usual we went and talked to T2 in the trailer park. And actually, sad news, we have 0 progressing investigators now... We have a ton of others, but basically we're back to square one.

This week I learned two very important lessons. 1: Heavenly Father has a sense of humor 2: He actually listens to my prayers.

So I was praying very fervently this week that my visa would come. Not that I want to leave, but I figure if He wants me in Brazil, but needs a little extra prayer power to get my visa through, I can do at least that much. My prayers are getting more and more specific, so Wednesday I prayed that my visa would come by the end of this week and that the mission office would call.

Well about 20 minutes into comp study the phone rings....it's the mission office. I didn't say anything to Sister Allen, but my heart went into tachycardia it was beating so fast. I answered the phone and the lady on the other end says, "Is Sister Allen there?" My hear stopped as soon as it started and I handed the phone over.

It was the most random call in the world! She asked if we had been to a nursing home in the past 6 months because they got a call about us... but, we hadn't even heard of the place they were talking about.

So the next day I'm praying before studies and I pray that my visa will come this week and that President Weston himself will call. At the end of the day sister Allen and I were walking home, because it was car fast Thursday, and the phone rings....it's President Weston. Well y'all know how I am, I accidentally screamed in excitement and freaked Sister Allen out. I was sure it was my visa.

I answer the phone, "Is sister Allen there?"....he was just calling to check on how her tummy was doing.

I figured my prayers weren't specific enough... so the next day I prayed and asked that president Weston would call and say he has my visa. And in another prayer I prayed that G's grandson would be home so we could get to know him and eventually teach him. No call. But his grandson was there only for a few minutes, right when we got there and we got to talk to him for a bit. Hahahaha.

As I thought about this experience I was like Heavenly Father is hilarious! He's teaching me to make my prayers more specific and answering my prayers in such obvious ways. What a great object lesson for this little missionary. Obviously I'm not supposed to be in Brazil yet, but I absolutely know Heavenly Father knows who I am and is aware of me. He hears my prayers. 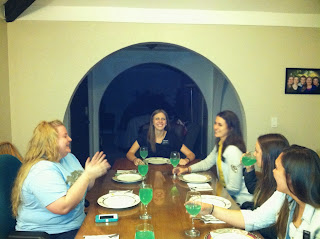 We got to go to the Roseville fire station this week. We were going to finally have the chance to commit T to baptism. He puts walls up when his family is around and won't be straight up with us about his concerns around stepping into the waters of baptism. But Satan knew what we were up to and literally 3 minutes after we were there he got called out to go save someone... And was gone the whole time... So we'll keep working with him. BUT I got to ride in the firetruck and put on the headphones and the call actually came in while we were in the truck!

I've been inspired and I'm dropping out of school when I get home to be a firefighter! Okay joke, maybe I'll just have to marry one....?

So last night was transfer calls. We were kinda freaking out all week because I kinda felt that if my visa didn't come they were sending Sister Allen out of here. So we get the call and Sister Allen is going up to Chico to be a Sister Training Leader (basically a girl zone leader) and I'll be here getting a new companion straight from the MTC.....what?

I don't know who thought that was a good idea, because I still do not know what I'm doing. I'm seriously so humbled that Heavenly Father is not just trusting me enough to be training a new missionary and try to teach her how to be a good one, but also be in charge of Loomis 3rd ward.... And we literally have 0 investigators right now.... So it will be pretty cray up in here! I know I won't be able to do this without the Lords help, so I'm excited to see what he wants us to do with this area.

Well we have a ton to do today getting Sister Allen packed up and getting ready for the new girl. It's going to be an exciting/nerve racking week. Keep me and my new comp in your prayers.