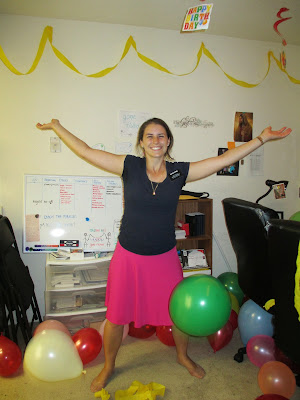 Where do I even start? this week has been REMARKABLE!

Well...for starters I turned 21...PAR-TAY! The celebrations started Thursday...A (an LA girl i met last week and instantly connected with) took me out to lunch and bought me cute little missionary things. I don't know why we become friends so fast, but I totally love her!

Then that night the Bs threw a birthday party for me and J and the kids came. They made me Texas sheet cake, and my birthday wish was to find a new investigator. When J had asked me earlier this week what I wanted for my birthday, i just said "MANGOES!" So she gave me a bag of mangoes :) mmmmm! Then we were totally going to be late to a meeting we had, and Bro B was the only one who could drive us...so we rode in the back of the truck. BEST BIRTHDAY PRESENT EVER! I would never have even thought of that one!

After the meeting, the LPs came down to visit and took us out to ice-cream! (yeah, I've been a fatty this week) It was SO good to see them. I totally wrote T this 3 page letter bearing my testimony to him and basically telling him he needs to get baptized already, and he called me and told me how much he loved it and was so grateful for the testimony I shared with him. It melted my heart when he called and told me that. I LOVE that man...and I hate to admit this, but I totally gave him a giant hug before saying goodbye! 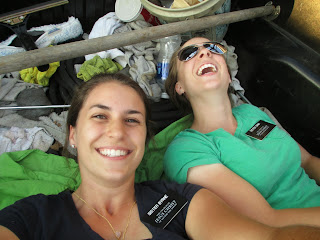 Then next day the sisters took me out for breakfast at Denny's. Then some other sisters took me out to Starbucks at lunch (for lemonade of course!) We had weekly planning most of the day....but I told Sis Giani that all I wanted for my birthday was to walk down Greenback and talk to as many people as I could! So that's exactly what we did. and a MIRACLE happened! 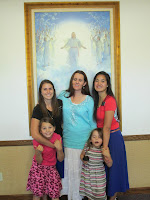 The first 5 people we talked to were like..ehh.. go away, but then my feet just started walking me to a bus stop, and Sis Giani typically doesn't like to go to bus stops because its ALWAYS awkward. But I had already started heading toward it. EVERYONE AT THE BUST STOP WANTED TO TALK TO US! I was standing there talking to 2 different groups of people at the same time, wishing I could call in some reinforcements! This little 12 year old girl was like "yeah, I know what the Book of Mormon is. I checked it out from a library once and read Nephi, but then I had to give it back and then we moved. I LOVED it!".......are you joking me?! So I gave her a copy and started talking to her mom was was totally like, "yeah, I live in Antelope, but I would love missionaries to stop by. We've been looking for a Church to go to down here.".....MIRACLE! Then this other lady was like, "if I want to be a Mormon, do I get to be baptized again?" "Yup!" "What do i wear to the baptism?" Apparently she and met missionaries before and wanted to start coming. Seriously?! Then this other guy was in tears talking to us at the bus stop. We told him reading the Book of Mormon would bring him closer to God and he was like, "where can i get one of those?" and we handed it to him and he was beyond excited to read it.

#powerofabirthdaywish #miraclesgalore It was probably the most fun I've ever had on Greenback. Heavenly Father loves me :) He gave the BEST birthday gift :)

Then Sister Nelson took us to Black Angus for dinner :)

Saturday we got to go to Rocklin for the baptism of someone Sister Giani taught, and I told Sis Soliai and she totally invited everyone I love in Loomis to come! It was so super sweet! The Ts, A F, R M and my girls, and the Bs all came! I was probably the happiest girl in the whole world! Once again, Heavenly Father is so merciful to me in letting me say goodbye to everyone I love from the California Roseville Mission #Helovesme

Anyway, all is well, we're just working hard. I love my life. Have a great week!

Sister Most Blessed Girl in the World Byrne 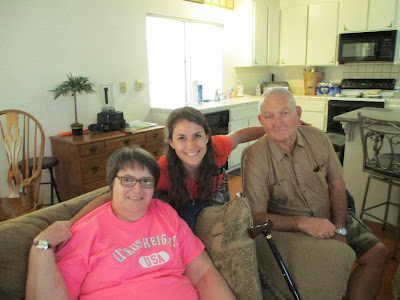